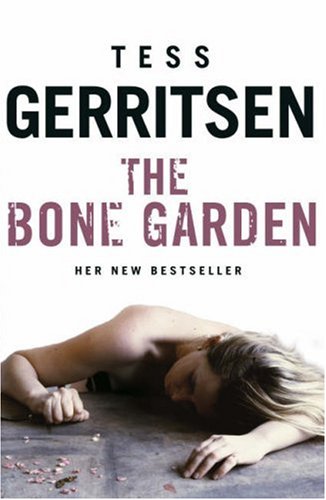 Present day: Julia Hamill has made a horrifying discovery on the grounds of her new home in rural Massachusetts: a skull buried in the rocky soil–human, female, and, according to the trained eye of Boston medical examiner Maura Isles, scarred with the unmistakable marks of murder. But whoever this nameless woman was, and whatever befell her, is knowledge lost to another time. . . .

Boston, 1830: In order to pay for his education, Norris Marshall, a talented but penniless student at Boston Medical College, has joined the ranks of local “resurrectionists”–those who plunder graveyards and harvest the dead for sale on the black market. Yet even this ghoulish commerce pales beside the shocking murder of a nurse found mutilated on the university hospital grounds. And when a distinguished doctor meets the same grisly fate, Norris finds that trafficking in the illicit cadaver trade has made him a prime suspect.

To prove his innocence, Norris must track down the only witness to have glimpsed the killer: Rose Connolly, a beautiful seamstress from the Boston slums who fears she may be the next victim. Joined by a sardonic, keenly intelligent young man named Oliver Wendell Holmes, Norris and Rose comb the city–from its grim cemeteries and autopsy suites to its glittering mansions and centers of Brahmin power–on the trail of a maniacal fiend who lurks where least expected . . . and who waits for his next lethal opportunity.

The Bone Garden is yet another example of Tess Gerritsen at her finest. It is the second standalone novel written by this author that I picked out after my experience of Playing with Fire from two years ago. While I am a big fan of the Rizzoli and Isles series, as I have emphasized in previous reviews as well as through either 4 or 5-star ratings, I am happy to tell you that the standalone books are equally good and acquaint the reader with a fairly different facet of Gerritsen’s remarkable story-telling skills.

The Bone Garden is an excellent and gripping read, a well-penned mystery taking in the medical aspects that have come to be considered the author’s hallmark, given her physician background, as well as in a partial historical look at Boston in 1830s. Temporally, the novel shifts back and forth between past and present, with the latter time period being less extensively covered, having the role to direct the focus towards past events. The historical component pays homage to Oliver Wendell Holmes, a physician renowned for his straightforward and revolutionary, hygiene-related proposition that medical practitioners should wash their hands properly before and after attending patients so that unnecessary disease transmission and subsequent deceases could be avoided. Gerritsen crafted a character mirroring Holmes at the start of the medical school and furthermore, she explored certain realities of 1830s, among which the scarcity of corpses for anatomical dissection at the American medical students’ disposal, the unlawful practices of snatching and selling cadavers for the sake of medicine and the general stigma associated with Irish immigrants. All these are conveyed in the fictional context of a series of gruesome murders as well as the menacing, mysterious interest in a newborn, motherless baby girl.

Tess Gerritsen wrote an eventful and twisted tale, featuring well-developed, likeable characters whose experiences throughout the book were riveting. She has also linked intelligently the characters to one another, which in turn resulted in a satisfying, well done denouement. My only criticism relates to the way the romance aspect from the past was carried out. Even though I anticipated the development of a romantic relationship between Norris and Rose at an early stage of the book, I thought the build-up of romance culminating in a mutual declaration of love was too sudden and slightly unrealistic, especially as regards Norris. For this reason, I will stick to a 4/4.5 rating. Finally, I highly recommend you to read The Bone Garden and everything else Gerritsen has written. She can do no wrong and has always been a safe bet for me.