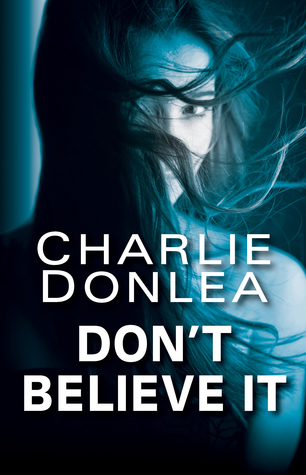 From acclaimed author Charlie Donlea comes a twisting, impossible-to-put-down novel of suspense in which a filmmaker helps clear a woman convicted of murder—only to find she may be a pawn in a sinister game.

The Girl of Sugar Beach is the most watched documentary in television history—a riveting, true-life mystery that unfolds over twelve weeks and centers on a fascinating question: Did Grace Sebold murder her boyfriend, Julian, while on a Spring Break vacation, or is she a victim of circumstance and poor police work? Grace has spent the last ten years in a St. Lucian prison, and reaches out to filmmaker Sidney Ryan in a last, desperate attempt to prove her innocence.

As Sidney begins researching, she uncovers startling evidence, additional suspects, and timeline issues that were all overlooked during the original investigation. Before the series even finishes filming, public outcry leads officials to reopen the case. But as the show surges towards its final episodes, Sidney receives a letter saying that she got it badly, terribly wrong.

Sidney has just convinced the world that Grace is innocent. Now she wonders if she has helped to free a ruthless killer. Delving into Grace’s past, she peels away layer after layer of deception. But as Sidney edges closer to the real heart of the story, she must decide if finding the truth is worth risking her newfound fame, her career . . . even her life.

This is the first time I have read a publication by Charlie Donlea and it will certainly not be the last. As a reader and book reviewer, I think that it is very satisfactory to come into contact with the work of an author for the first time and subsequently be speechless and very appreciative of the delivered content. I have remarked that many of my Goodreads friends have been impressed with the novels of Donlea and written enthusiastic reviews so I did not hesitate to request an advance copy of Don’t Believe It when I found the title available on NetGalley. In truth, I started this book completely unaware of its storyline, without having read the synopsis. This was to my advantage since I have had the opportunity to fully experience and react accordingly to the phenomenal twist and turns incorporated into the narrative. I have not read a twisted and suspenseful thriller supported by an impeccable execution for a long while and therefore a 5-star rating can only do justice to Don’t Believe It.

The concept of the book is outstanding and harmonizes well with the thriller and mystery genres. Basically, the narrative builds around a true crime documentary TV series titled The Girl of Sugar Beach, which is filmed and broadcast weekly at the same time as the reader progresses through the chapters of the novel. In this regard, many chapters contain fragments of the interviews and investigations to feature in the documentary. Ten years ago, Grace Sebold, a fourth-year medical student from the US, was convicted of first-degree murder of her boyfriend Julian while vacationing together in St. Lucian, a luxurious Caribbean island where she was invited to attend the wedding of her high school friends. Given that the crime had occurred on the island, the St. Lucian authorities had jurisdiction over the case and following the gathering of conclusive evidence, although with the use of questionable tactics, Grace was sentenced and imprisoned in St. Lucian. Having exhausted all of her appeals and yet convinced of her innocence, Grace reaches out to Sidney Ryan, a budding true crime documentary producer whose series had helped exonerate and release wrongly accused people from prison. After an abundance of letters from Grace, Sidney eventually shows interest in her case and is willing to produce a documentary centered around Grace’s conviction and the possible errors committed by the St. Lucian police force in solving the murder of Julian. Of course, she is also aware of the prospect of the documentary being a hit show among the American audience and thus a massive breakthrough in her career.

I believe that the author has done a fantastic job of describing realistically the experience of being a producer at a major television network. He referred to the network employees’ stress in relation to television rating, the way the series makers’ work is often subject to modification under the direction of their bosses, as well as the competition among producers who have different programmes at the network. Don’t Believe It is written in a partly procedural fashion accompanied by plenty of red herrings. My thoughts on the identity of the culprit oscillated as I moved from one chapter to another and when I finally settled on a plausible explanation, the author turned everything upside down and left me shocked and highly content with the final reveal. I also enjoyed thoroughly the open ending Donlea had opted for because it maintained the suspense until the final page.

A round of applause on my behalf for the incredibly talented Charlie Donlea and his marvelous thriller. I am surprised that Don’t Believe It has not garnered a greater amount of ratings and reviews on Goodreads since the quality of the plot is so high. I for one recommend this book to everyone loving thrillers and mysteries and the publications of the popular novelists writing in these genres.

Special thanks to NetGalley and Kensington Books for supplying me with an ARC in exchange for an honest review.