Synopsis: Bodyguard Jock Bosh has one job: keep Fiona Madden safe. Safe from the men who’ve been hunting her. Safe from the bastard responsible for ruining her life. And with the attraction sizzling white-hot between them, that means keeping Fiona safe from him too.

Fiona has spent the past decade on the run. Her survival is the single greatest weapon she’s had against the men out to destroy her. Until Jock. Now, with him by her side, she finally has a chance to bring them down. But when her enemies make their next move and Jock puts himself in the line of fire, Fiona realizes that there’s more at stake than just her life – she’s also risking her heart. 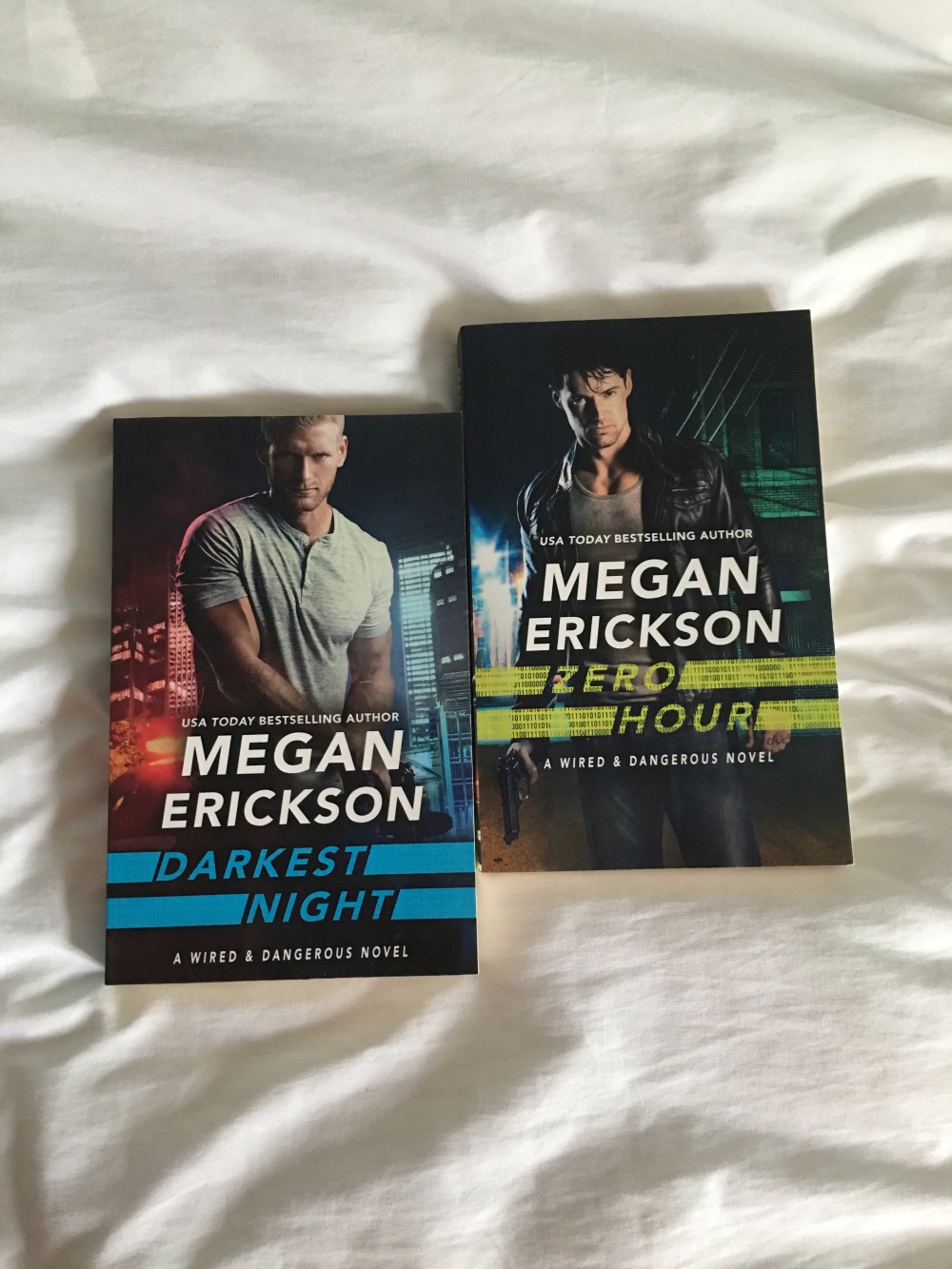 Darkest Night is the second book in the Wired and Dangerous series and picks up a few months after the first book. Our group of hackers have gone their separate ways, for now, with Jamison “Jock” Bosh pulling bodyguard duty on Fiona Madden – unbeknownst to Fiona. The people responsible for kidnapping and assaulting Fiona ten years ago are out hunting her again, and Jock is determined to keep her safe.

A lot of heavy topics are covered so this isn’t a book for the faint of heart but I felt that Erickson handles them well and gives them the respect they deserve. Fiona was a very strong heroine even though she’s been living in fear for a long time and has pretty much isolated herself in her apartment. She works from home, hardly ever leaves, doesn’t date, and her only companion is her dog. After everything Fiona went through she deserved every bit of peace she can find. My only complaint about Fiona was that when writing her, Erickson often used “she screamed” as a form of dialogue anytime Fiona was upset. The overuse of that made her come across a little screechy in some scenes and didn’t seem to fit with the rest of Fiona’s personality.

Watching Jock fall in love is really intriguing. He doesn’t go into instalove but it develops as he learns more about her from afar. He gains a healthy respect for Fiona and her fight to survive and how she is surviving despite the odds stacked against her. When they meet it is not a lovey dovey meet cute. It is intense and we see how strong Fiona is. From there they learn about each other and also work together to stop the reign of fear in Fiona’s life.

There is a large ensemble cast of colorful and charismatic secondary and supporting characters including Roarke and Wren, Marisol Rosa, Erick Lee, and the mysterious Tarr, a man who will do anything for Jock including placing himself in the line of fire.

Darkest Night was a bit more of a typical bodyguard book then I expected but overall it was well written and I did enjoy it. There was plenty of action, romance and strong friendships.

Book gifted by Piatkus Books for review. Thank you!